These games normally see a fierce opening from the Maulers before the GAA club establish their running and hand-passing game but this year the script was flipped. Starting strongly, the GAA club won the throw-in, heading straight up field to open the scoring with a goal. For the rest of the first quarter, the GAA club didn’t look back, building an a 20+ point lead by first quarter time.

The second quarter saw more of the same, although with the wind now at their backs, the Maulers started to get a foothold in the game. However, the GAA club continued to be the more clinical outfit, popping over a number of overs to keep the scoreboard ticking and building up a 30 point lead at the half time break.

A much stronger Maulers showing combined with GAA energy levels starting to fade saw the Maulers edge the second half as a whole but they were never able to convert their possession into enough scores to really challenge for the lead.

In the end it finished 76-38 to the GAA club and the cup came home for the 12th year running. 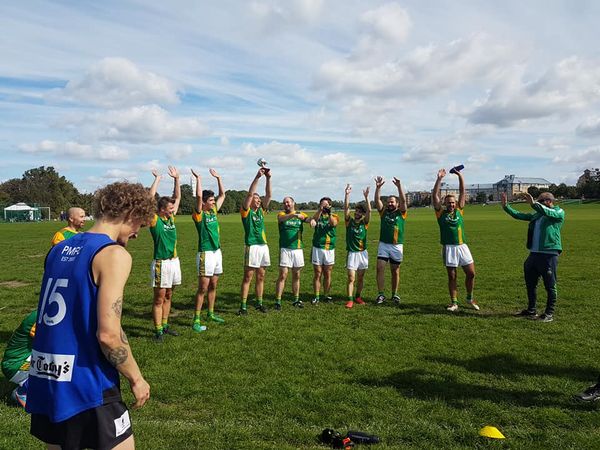 Thanks to everyone who played, cheered us on, umpired and helped set everything up – we’ll see you all again in Fagan’s for the All-Ireland on September 11th.