On a cold but sunny morning, the 11th Malmö International Cup took place at Limhamnsfältet. In the game’s history this has been a one-sided affair, with the Aussies coming close on multiple occasions but never quite able to close the game out.

Both teams had some new players to try out but both teams were also down some key men through various injuries and some preventative measures given the threat posed by covid-19. This was especially tough for the GAA club who were missing their goalkeeper, Kalle, one of the best in the Nordic game. Thankfully Con stepped out of his retirement after some much needed begging.

Much like last year’s game, the first quarter was box-to-box with both teams trading the scores, the GAA club’s clinical scoring of the round ball keeping them in the game against the enthusiasm of the Aussies. If their energy could have been matched with accuracy on the round ball they could have built up quite a lead but it didn’t happen for them and the GAA club led 11-10 at the end of the first.

The second quarter started in a similar vein to the first, with Malmö starting to take control as Matthew gained dominance at the majority of jump-balls. Unfortunately, however, the quarter was marred by a nasty clash of heads in the Irish goal area. When the club’s leader, legend, chairman, goalkeeper and all-around great guy went off injured that the GAA boys really kicked into gear. Michael stepped up to the plate in goals, looking like the Newtown Ards Pirlo as he launched attack after attack from his position at the base of the pitch, if not for his hair style. With Mark and Noel converting almost all the opportunities that came their way, the Irish built a lead going into half time.

Entering the third quarter, the lead started to expand as the superior fitness of the Irish showed, with Sean and a new addition Flor sweeping forward in attack to support Freddie, Mark and Noel. This was matched by a toughness at the back, as Dan and Måns started to emerge first to the ball, supported by Tiago doing his best Nigel De Jong impression. Not to mention Kevin and his surging runs out from the back to slightly less out from the back.

Down 41 entering the fourth, the Aussies had to claw back just 4 points to beat the spread they set by last year’s winning margin. They couldn’t gain any foothold, however, and the Irish really started to run away with it. In particular, Noel really started to twist the knife, continually finding the back of the net in a performance that earned him the man of the match award. 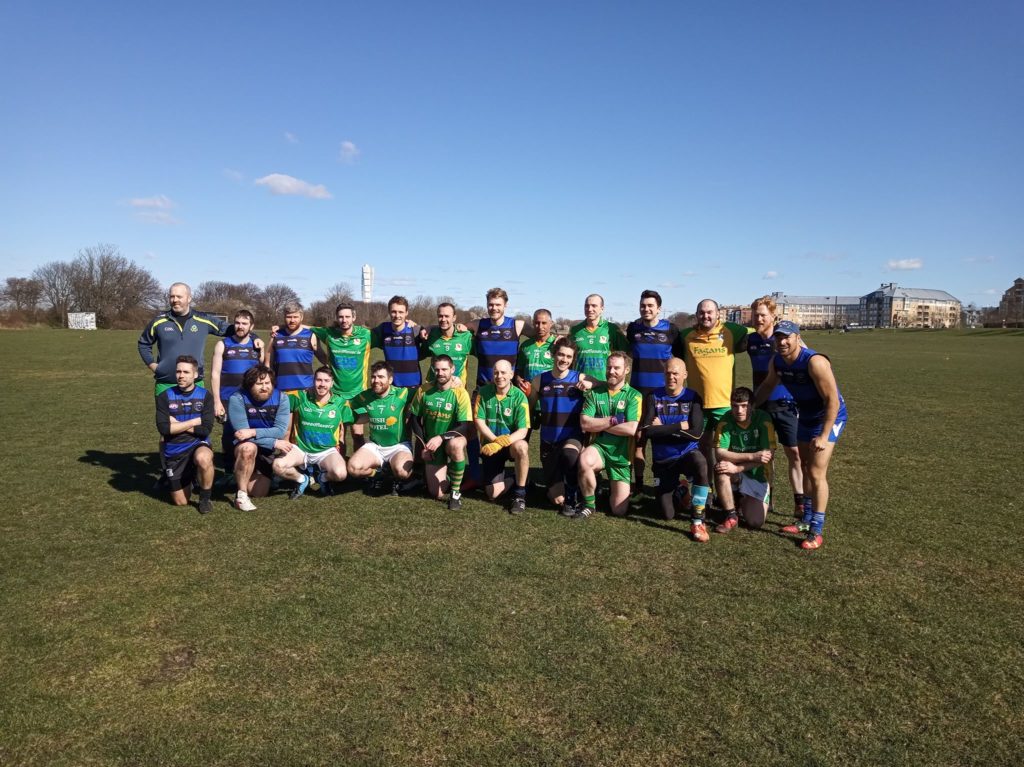 While a ladies’ International Rules game had originally been planned, the Irish ladies were unable to field a team due to lack of numbers so the game was replaced by an internal exhibition game by the Port Malmö Lynx. The game was played in great spirits and the Lynx look to have a strong team this year. We wish both the Lynx and Maulers the best of the luck this season, whatever it comprises.

The match was followed by the GAA club’s awards for the 2019 season, which had been postponed for various reasons since the season ended. To round up, the awards went out as follows: 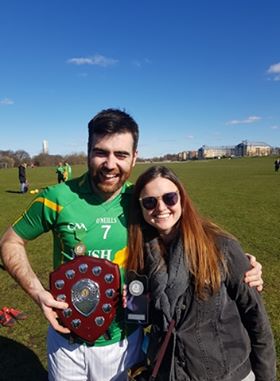