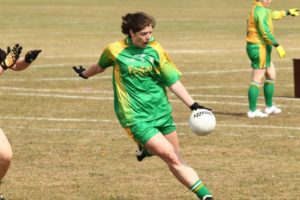 With the opening tournament of the season fast approaching we decided to take a closer look at two players who will be crucial assets to their respective teams on the 25th of May.First up, Deirdre O’Rourke for the ladies.

Deirdre moved to Malmö in 2012 with boyfriend Philip due to work commitments. With a glittering career behind her in Ireland there was no doubt she was going to seek out a GAA club wherever she went. Originally one of three Irish girls in the panel, the Waterford native is now the lone representative of the Old Country in the team. With her vast experience in Gaelic Football she has taken some of the newer recruits under her wing and helped make Malmö a force to be reckoned with in the Nordic region. If she comes to love Malmö as much as John Mullane loves Waterford this is a girl we really need to watch out for.

Weight: Too much. I still haven’t shed my winter blubber

Favourite Malmö GAA moment: Malmö tournament last year. It was the ladies team first time in a competition and we reached the finals. A great achievement.

Least favourite Malmö GAA moment: European Championship in Copenhagen. It was the last competition of the year and we didn’t play as well as we know we could.

Pre-match ritual: No real rituals but I like to get to the field in plenty of time so we are not rushing to get on to the pitch and of course making sure that we have plenty of “holy” water. It fixes every ailment on a Gaelic pitch.

What would I change in the GAA: More support and recognition of the ladies game. 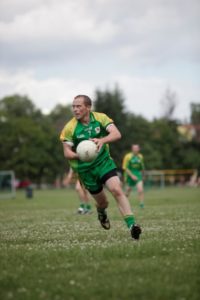 Second on our list is Michael Lynch. Corkman Lynch is one of five regulars from the Rebel County so he never feels far from home, like! He has been a mainstay in the team since his debut in 2009 and has been one of the trainers for the past number of years. With his awareness on and off the ball he is one of the main links between the back and forward lines. Much of this is down to him also playing as scrum half in rugby so being out of the action is quite alien to him.

Favourite Malmö GAA moment: Easy, winning the European Shield last year. It was a fantastic effort by everyone in the club. It really brought everyone together in getting players to all the rounds of the competition, raising funds and having good turnouts to training.

Pre match ritual: Try to have the gear ready night before to ensure all is calm the next morning. Breakfast is key for me. I usually have a three egg omelette and smoothie whilst watching some GAA on Youtube. A playlist keeps me company on the way to the game and gets me pumped up. Then go through a team warm up routine and then ready for the squeeze! (Malmö version of group hug)

Best player you’ve played with in Malmö: I don’t approve of this question! As a forward I rely on having solid defenders to win ball and put the ball into a scoring position, so the backline of last year can share this accolade.

GAA/Sporting idol: As a kid I grew up running around the garden at home shouting Jack O Shea’s name (A Kerry great) whilst learning the skills of GAA. As I have since played more rugby local Cork lad Peter Stringer gets the nod for his style of play, determination and professionalism (as well as being a foot shorter than everyone else on the pitch).

If you could change one thing in GAA what would it be: More financial support for the GAA in Europe plus access to view championship and league games online. 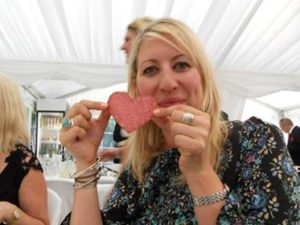 Although hailing from Melbourne, Australia, Linda is one of the more experienced players in the ladies’ team. She played Gaelic Football in a number of countries before coming to Sweden and founding the Malmö Ladies team. Linda administers, coaches, nurtures, plays with and runs the line for the ladies team and if you tell her she can’t do otherwise you had better have your fists up. Having taken the girls from no-hopers against Copenhagen in 2012 she has transformed this team into future Queens of Scandinavia.

Favourite position: Anywhere I do not have to run too much!

Favourite Malmö GAA Moment and why:  Winning our first game at the Malmo tournament. Don’t know who it was against. (I wasn’t playing as injured!)

Least favourite Malmö GAA Moment and why: Losing the tournament to Stockholm even though it was a massive achievement to get to the final in our first tournament.

Pre match ritual: Do as little as possible. Try not to drink the night before.

Best player you’ve played with in Malmö: Deirdre O’Rourke because she never stops and always helps everyone in the team!

If you could change one thing in the GAA what would it be: I would love for us to play with in a competition that is 11 aside. So hopefully this happens in the future as the clubs in Scandinavia grow.

Outside of GAA what sport do you play and honours won: Basketball, Football, Netball, Tennis, Touch Rugby. Runners up or Premiers in all.

What made you take up Gaelic football: Originally I was in the Irish Pub in Melbourne and some Irish lads asked a friend and myself.