The Malmö men’s team was in action in Stockholm this past Saturday for the first of two rounds of the Swedish football championship, taking place due to the covid-induced cancellation of this year’s Nordic championship.

Malmö headed up to Stockholm on Friday with high expectations, buoyed by some exciting new players. But after some, let’s say special performances in Gamla Stan on Friday night, worries were there that the team might not live up to its potential. Facing the defending champions Stockholm in the first game didn’t help things either. A quick start by both teams led to scores getting traded early doors. While Stockholm hit a couple of wides, Malmö spurned an excellent goal chance which could have a bit of distance between the sides. Malmö entered half-time up 4 points to 3. Malmö came out in the second half and shifted up another gear, hitting a couple of excellent scores from play and tacking on a couple of frees to keep the scoreboard ticking. However, it was the defense that led the charge, holding Stockholm scoreless in the second half, Malmö coming out on top at 9 points to 3.

Up next was Stockholm’s second team and the second game started much like the first had ended with Malmö in the ascendancy. Racing out to an early lead, it looked like our lads were cruising to two wins from two. Disaster struck in the second half. Having lost one full-back to exhaustion after his first game in a quarter of a century, a midfielder went down with leg cramps and all over the place, Malmö players were running out of gas. As Stockholm started to turn possession into scores, Malmö were barely hanging on. Protecting a one-point lead with barely a minute left, Stockholm managed to work the ball into the square. Despite an excellent stop by the keeper, the referee managed to spot a foul through the mass of players, awarding the penalty that would give Stockholm the spoils, 2-5 to 1-6 the final score.

Unfortunately, due to injuries sustained during the second game, the author had to miss the third game against Gothenburg. Malmö won anyway, it was probably grand… 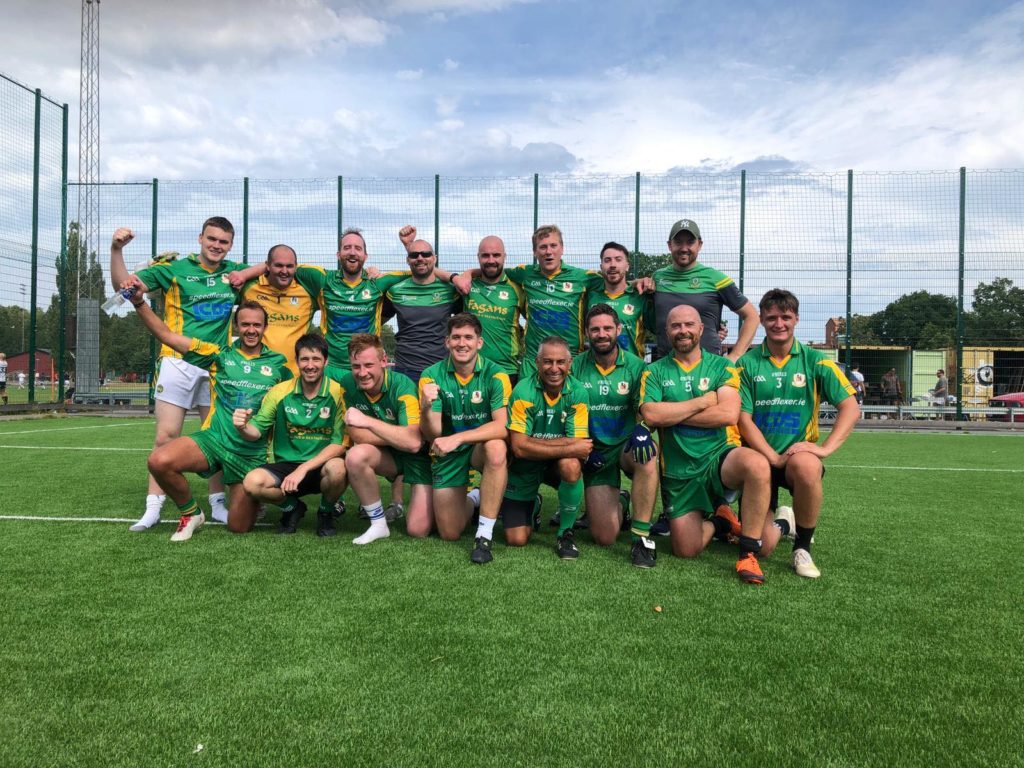 Finishing with 2 wins out of 3, we head to Gothenburg on September 19th tied with both Stockholm teams on two wins apiece.

As a club, we want to thank Stockholm GAA for hosting a great tournament and we look forward to seeing you in Gothenburg for the next chapter!